In August 2001 a presentation of Phase II by the Building Committee was made to and approved by the Church Council.

The Phase II Building Committee was composed of:

FBCC council asked the board of TOL to handle it carefully to minimum the impact to parents and children. 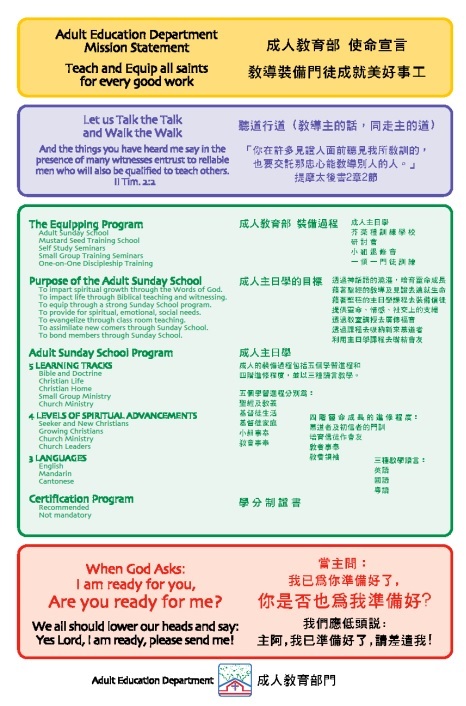 FBCC position on “Practice of Tongue and Prophecy” and 16 point statement on the work of the Holy Spirit.

Resources Available:
Discerning the Spirit and Practice of Tongues at FBCC, by Pastor Brian, June 26, 2003.
Sixteen (16) points statement on the work of the Holy Spirit

In 2003, we completed Phase II which is 44,000 sq ft. But we still don’t have enough rooms for all the small group activities, Sunday School classes, and our children ministry has hit the space issues in the last few years due the ministry growth.

Once we have a facility for children, more families will come. We will approach 2,000 people in Sunday services.

The Phase III project has been a 5 year long challenging church project. It came at the worst recession time facing rising cost of material and labor, difficulties imposed by the City and delayed by Center Point Power Company

In March 2008 the Master Planning Committee recommended hiring of an Architect to layout the master program and Phase III rendering. After a year’s planning, the Master Plan was presented to the Council with the following recommendation:  Phase III – Children’s facility; Phase IV – Worship Center. The Church Council approved the planning for Phase III and authorized Studio Red Architects to update and perform the feasibility study of Phase III.

Pastor Lam shared his vision on Phase III in the November 2009 Council meeting – Phase I was completed in 1998 with 682 people moving in and filled the building immediately. Phase II was completed in 2003 with 44,000 sq. ft. but do not have enough rooms for small groups activities, Sunday School classes, and Children Ministry. The main purpose for Phase III will be for Children Ministry and Adult Education needs. The new building will be designed to hold 400 children. With the new Children facility, more families will be attracted to FBCC and we should approach 2000 people in Sunday services. In the same Council meeting, Studio Red (Mr. Trung Doan) presented the initial design on Phase III based on current and future needs, leaving room for flexibility of growth between Phase III and Phase I, increase of parking spaces, creating a driveway loop around the FBCC campus.

Phase III Building Committee was established with participation by all three congregations:

This committee served with a united heart, totally engaged, donating their time and money to our church. This has been the highlight of a most difficult Phase III project.

The construction company was Atlantic Building Consultant, with Shida Chen acting as the Construction Superintendent, General Foreman and Foreman. His dedication and long workings hours are much appreciated.

The theme for Phase III was “Build for Future”: Investing in the Next Generation, Reaching our Community with our Gospel, Making disciples for Jesus Christ.

Building for the Future will be more than just a physical structure, it will be a rich spiritual experience, promote unity through-out the entire church, our Lord to be glorified. The Children facility will be designed with two worship centers, Center 1: K-1 grade, Center 2: 2-5 grade, both to be used as activities centers and playrooms. The Phase III design will include converting part of Phase I for Youth Program and Youth worship center.

Studio Red Architects won the programming studies of the Education Building and the bid on Phase III design. The initial design of the Education Building was a two story 45,435 sq. ft. building with an empty shell on the second floor for future adult class rooms. The initial total indicated cost was $5,500,000 which can be sub-divided into: Building $4.00MM, Architectural Design $0.35MM, Miscellaneous $0.85MM, Parking Addition $0.30MM.

The Phase III project went through a fund raising strategy of members pledges, issuance of interests bearing Church Notes, and then obtaining a bank loan for the balance. The Church Council set the example on fund-raising, approximate $400,000 was raised within one week by the Council members.  The pledge of $1,145,565 was raised from 307 members. The amount of interests bearing Church Note issued was at a total of $2,017,000.

Through the advice of the Constructor and also facing the rising cost of construction material, the empty shell on the second floor of the Education Building was decided to build-out with the approval from the Church Council. The final building design is 50,700 sq, ft. with a total indicated cost of $6,284,000.

The Education Building (Phase III) final cost was at $5,615,424 due to a 3.2% overrun, and the final project cost was $6,528,900 due to a 5.03% overrun. The cost overrun was due to the cost increase of the following: (a) steel, copper, concrete, dry wall, glass windows, (b) unexpected cost increase by Center Point electrical installation, (c) additional 5 adult class rooms.

With a project this size while facing increasing material costs, this cost overrun was low mainly due to the efforts of the constructor Atlantic Buildings and the close monitoring efforts by the Building Committee.

The building dedication was on June, 2013.

To see a detailed report including the average attendances in each service, you can view this file: FBCC 20 Years Average Attendance.